"Calligraphy has been taking over everyone’s branding – You can’t go into a restaurant without seeing it plastered on menus, windows or chalkboards.

Experts up and down the country have been putting on workshops to teach their craft to would-be letterers.

Calligraphy originates from the Greek “kalligraphia” and is translated as “beautiful writing”. There are various styles people can learn, most of which require a combination of precision, tenacity and discipline while following strict conventions.

Today, practitioners of the craft have moved away from these conventions, opting instead for a more liberal approach. The art is based on traditional scripts but incorporating individual flair. Modern calligraphy takes Copperplate and Spencerian as its starting point, but you can soon make it your own.

A guiding light in this field is Beverley Mellor from Mellor & Rose.

A graphic designer by trade, Beverley has developed her lettering over many years and recently began sharing her expertise with Liverpool’s creatives.

I loved practising handwriting from Chiara Perano’s “Nib + Ink”, but felt I needed someone to look objectively at my style and tell me where I was going wrong, and so I booked onto Beverley’s workshop.

Around ten of us spent a cosy afternoon in the aptly named Pen Factory surrounded by cake and coffee.

Beverley had brought along the essential materials: paper, beautifully branded worksheets, a pointed Nikko G nib, a pen holder and ink to dip our pens in.

First, we began by using a potato to prepare our nibs for writing (Handy tip: just stab the potato with the nib!) and got to work with the upstrokes and downstrokes. This can be the most infuriating part of the practice, as it’s hard to achieve perfect lines even after a few goes.

Another reason we started off with these laborious marks was to get used to the pressure, an important element for creating the thin and thick contrast that is so characteristic in modern calligraphy.

Afterwards, we moved onto the letter forms, commencing with the majestic upper case style and using dotted lines for guidance. Then it was on to freehand. The lower case alphabet was next, and after we had developed some fluency, we were able to put whole words together for greetings card phrases – Amazing progress for just a couple of hours’ work.

Why not just use a book?

Having studied with a book prior to the workshop, I was in a good place to adopt the letterforms very quickly, but Beverley pointed out that I was writing too fast. It’s not like jotting down notes with a ball-point pen: the rhythm is slower and more deliberate. As soon as I realised this, I could see instant improvements.  I would never have got that tip from just using a book.

Since the initial workshop, I have been to three more of Beverley’s classes to progress from beginner to intermediate. The improvers’ workshop focuses on using other ink types, learning flourishes and embellishments to enhance your design and alternative alphabets. There is also a brush lettering lesson once you are confident in your letter forms and want to create a more rustic and chunky script.

Giving yourself a treat

Learning calligraphy is an enjoyable experience that allows you to attain reasonable results relatively quickly. At every workshop, people have compared the activity to mindfulness, finding it a great way to relax and be in the moment.

Even though we learn the same shapes, each person’s writing turns out to be completely unique. That’s the advantage of modern calligraphy over more traditional forms: you can add your own personality.

What makes the class a success is Beverley’s enthusiasm for her craft and also her encouraging nature. This is so important, as no-one goes away feeling like they can’t do it or they have wasted their time and money. Everyone makes progress and has a new hobby they can put to good use.

If you are looking for an edifying way of spending a couple of hours, perhaps with friends, and learning a skill that has many applications (greetings cards, table placement cards, chalkboards and even digital art), then I recommend trying a beginner workshop by Mellor & Rose."

They regularly deliver sessions across the northwest including Liverpool, Preston and Wigan.

To book your place or to find out more about the classes, visit their website: http://www.mellorandrose.co.uk/ 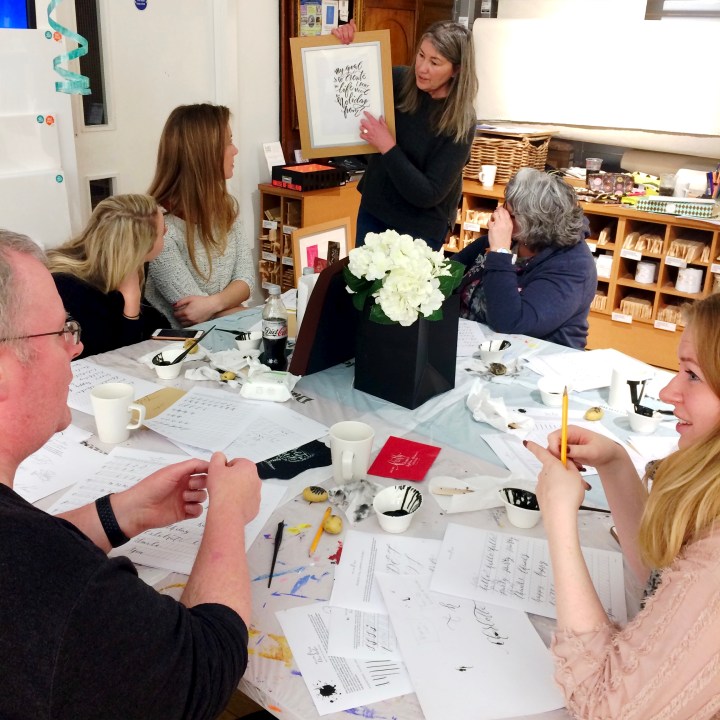 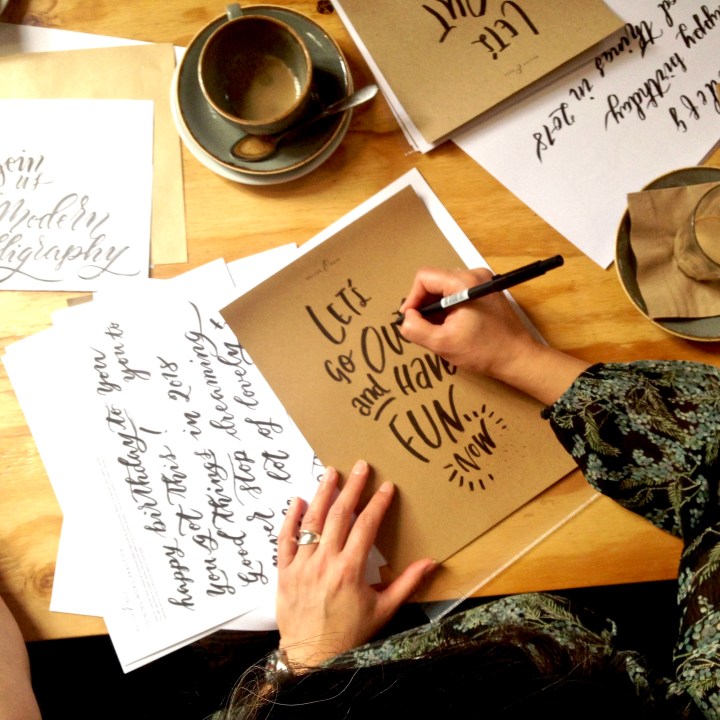